Got the car back from TDP after nearly a month. They had to replace the VCT pulley with my original one as the 2nd hand unit was causing it to run like crap. TDP fitted it & made a few adjustments to the fueling, idle and boost map and it ran a good bit better but not 100%.

It was also discovered that my stock oem recirculating dump valve was also leaking(prob down to age) which was contributing to the overfueling. That has been partially blocked now which results in some awesome "chatter"

Had the car back 1 week and i gave it back to them as it wasn't running right at all I just wasn't happy with it. It was diagnosed as a faulty lambda(outside of normal spec) causing it to overfuel low down the revs. Once you were over 4K rpm it went like hell but ran like shit under that.

So I bit the bullet and have ordered an Innovate Wideband sensor & LC-1 controller that will work with the Link G4+ ECU to give me super smooth power, hopefully once its all setup & calibrated. put it this way, it better!

Have been out in it this week a few times while I wait for the wideband & it goes alot better but still lumpy down low(good bit louder with the sports cat in it now also). I can see the lambda on the Link software going out of spec so hopefully this will sort it all out as the wideband will work with the Link G4+ to self adjust

Not alot else has happened, have to get a few bodywork bits sorted out and get Elite Auto Clean(Ian) to work their magic on it when the above all gets sorted


I do love this view though, great place to be 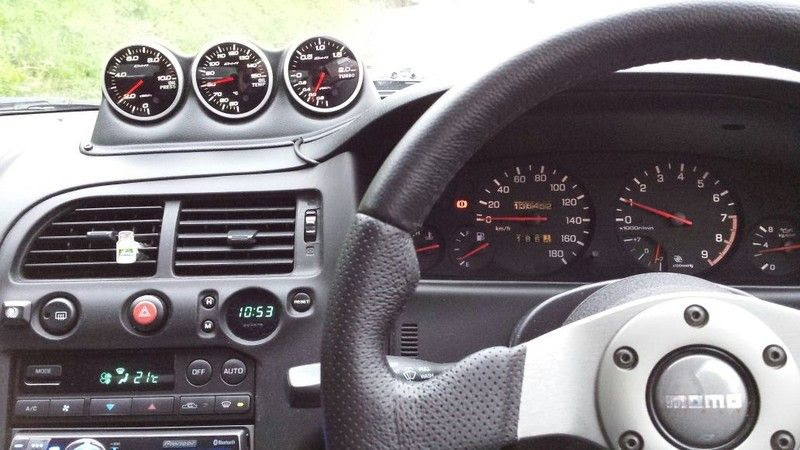